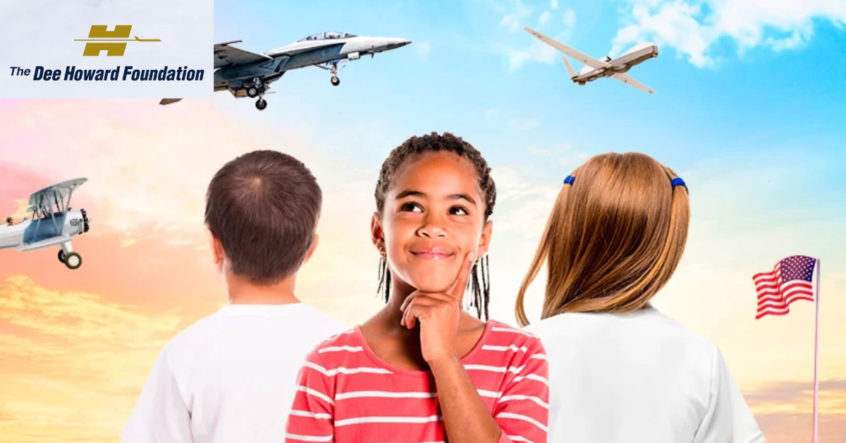 The Dee Howard Foundation, which focuses on preparing youth for careers in the aerospace industry, is soaring to new heights.

The foundation has its first-ever executive director, an impressive board with some of the region’s top leaders in aerospace and aviation, and just launched a new initiative to introduce local students to drone technology.

Martinez participated in SVPSA’s Fellowship for Nonprofit Leaders last year. While she has an extensive background in nonprofit leadership, the comprehensive training she received during her fellowship helped elevate her skills in every area, she said.

“I had never in my life gotten such a full array of training for all of the different pieces of the job,” she said. “I’ve been in the nonprofit world a long time and I had seen pieces of it here and there, but SVP gives you the full package of all the different skills, leadership traits and expectations you should have leading a nonprofit.”

In addition to the fellowship, the foundation benefitted from a board retreat in Feb. 2022, led by SVP partner and founding board chair Jennifer Moriarty of the Moriarty Consulting Group. The retreat was instrumental in helping the board map out the foundation’s future to create the maximum impact in the community.

While leading a strategic planning retreat for the board was one of her first goals as executive director, help from SVP took it to a new level.

“That retreat we did totally shifted the momentum of the organization,” Martinez said. “It was really a catalyst for everything we’re doing right now. We left that meeting with four committees that started doing some amazing work, and that’s part of the reason we are where we are right now.”

In October the board voted to pursue a drone pilot program for the 2023-24 school year. The program will fund a curriculum, teacher training, supplies and more for 20 San Antonio high schools and middle schools to teach students about drones, with a goal of offering an FAA drone pilot license for high school students.

Drones are an expanding field with countless military and commercial applications. It’s an up-and-coming industry that will offer good wages and career options in the near future, Martinez said.

The foundation, which was formed in 2016, aims to build on San Antonio’s extensive aviation history by linking youth, higher education and industry to encourage careers in aerospace.

“Between me with my nonprofit background and the board with their aerospace knowledge, we’ve been a good match,” Martinez said.

She also brings a unique perspective on local education from serving as president of the San Antonio Independent School District board. She’s served on the board since 2017.

“It’s allowed me to see inside what happens at the district level regarding how we are making sure kids have a future full of choices. In my Dee Howard world, I’m getting to create and develop programming that does that for kids,” she said. “I get to see the problem and also be part of the solution, which is really powerful.”